I was a bit insulted today when I read the email Jake sent me today. It’s the way he kept saying how awful that photo was! I didn’t think it was that bad, you see, so I said Cat could scan it and send it to him if she really wanted to. It’s not the best picture ever but it’s not THAT bad. It’s just close up, that’s all! 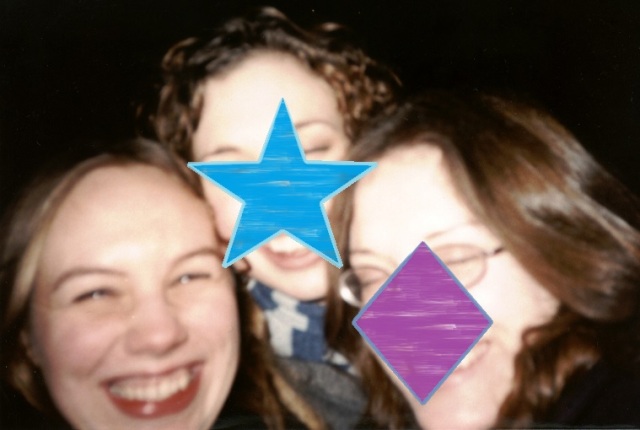 I’ve seen worse photos of me than that one! Mind you, when I went into his Hotmail inbox and check out the email with the picture, it had turned out to be huge so I suppose that didn’t help!

I had a really crap Biology lesson today. I’d only done half the homework and what I had done was wrong because I’d been looking at the wrong page in the text book. We spent most of the lesson going through the homework so whenever Mr S asked me a question, I either didn’t know the answer or got it wrong.

He then told me that he wanted to see me after the lesson and everybody heard him so I was really embarrassed by that! I was already embarrassed by the fact I couldn’t answer anything and I could see everyone thinking I must be thick or something! Brainbox Cat then started trying to ‘help’ me by finding the right page and plonking it in front of me but that just showed me up even more! I just hate being the centre of attention in class!

At break, I stayed behind and blagged my way through a reason as to why I hadn’t done the homework properly. Mr S seemed to believe me but by then I was so flustered and embarrassed and annoyed at myself that I burst into tears as soon as I got out of the room. I managed to compose myself again pretty quickly though, ready to face the questions in the common room about what’d happened and stuff!

Jake rang at about 4:40pm today. We talked about uni mostly cos I sent off my final decision today. I put down the Environmental Science with Geography sandwich course at Huddersfield Uni as my firm choice and declined the rest. I asked Jake whether he’s going to put down mixed or single sex accommodation when he has to choose. He says he’s going to ask Matt Carrera (his mate that’s already there) what he thinks is best but is thinking he’s probably going to put all lads. I’m not sure. Lads could be a bit of a pain to live with (but so can girls!) but all girls could get bitchy! I’ll decide nearer the time.

We’re halfway down the hill now! Only a quarter of the time left to go until he comes home!