I got my Valentine’s/1st year anniversary presents off Jake today. He posted them ages ago and they finally arrived this morning There was a card and a letter, a dream catcher, 2 heard-shaped candles, a box of smelly bath stuff and a bracelet. It’s all really nice! 🙂 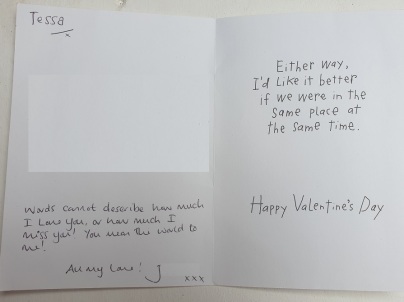 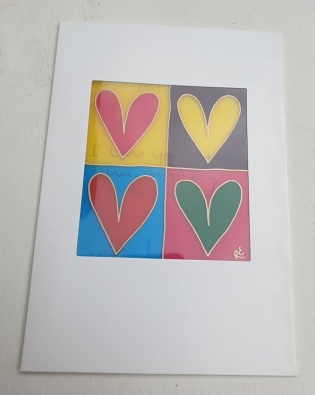 Sarah stayed at my house last night so when Hayley and Lena wanted us to meet them, we both went. The purpose of the meeting was because an old friend of mine and Hayley’s was coming to visit called Michael Amhurst. We used to know him when we were little but then he moved away and we’ve only recently got back in contact.

He’s visited us once before a few weeks back so it wasn’t too awkward. It’d be easier if he brought a friend with him cos it’s hard not talking to him about our friends and what’s been happening here. We forgot he doesn’t know who anyone is!

He took us to McDonald’s in his car for lunch and then we went to see if we could find the place in Warrington. We did bit decided not to go in cos we probably needed to book. Then we went to LA Bowl but we would have had to wait for a lane for about 3 hours so we have up on that idea too!

We ended up just sat in The Dog pub making awkward conversation.

Sarah and I used the excuse that her dad needed to pick her up so we escaped and came back to mine. Sarah then told me that she quite fancied Michael, as well as his car!

P.S. Jake phoned at around 4:30pm and he was pleased to hear that I got his packages. He started his skiing assessment thing tomorrow.