I had a pretty boring day today so I spent most of my day either doing coursework in free lessons or on the internet looking at www.ifyouski.com cos Jake mentioned it in his email. It was a bit crap actually (Rob’s bit) and it took me ages to find!

I also looked up skiing in Sheffield cos I’ve decided I want to learn how to snowboard so I can do that if he wants to ski! Okay, I’m jealous that he’s going to be a really good skier and I won’t be! I know I shouldn’t be jealous of my own boyfriend and I can do things like kickboxing and read music but I love skiing!

I really want to go again one day but he’d be unbearable with telling me what to do and stuff so if I could snowboard then I could still go but he couldn’t tell me what to do cos he’s no expert! Mind you, knowing him he’ll do that as well!

When he phoned today, he told me that when he was eating his breakfast that Amazed song by Lonestar came on! [Vom.] It reminds him of me cos he says the words describe exactly how he feels about me! 🙂 It’s weird though cos the last 3 times I’ve been in McDonald’s it’s come on too! 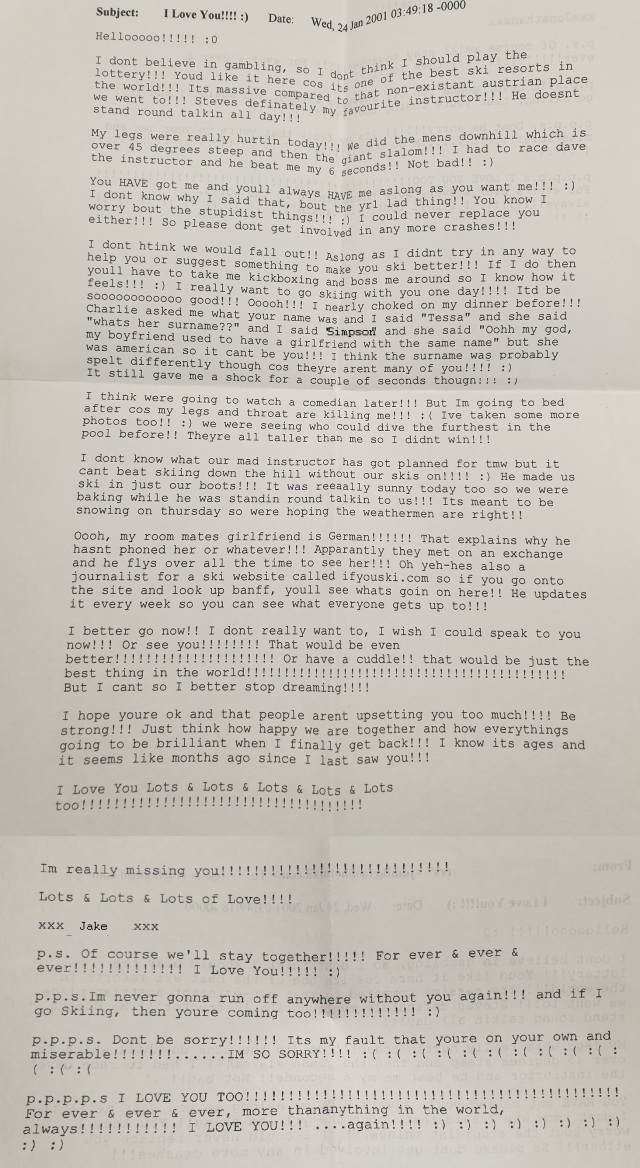