Not much has really happened at college today (as usual!) except everyone’s debating how long Lizzie and Declan are going to last because she’s going to meet some Paul lad she met at swimming in town on Friday night. It’s been arranged for a while but I think it’s really shady on Declan.

I’ve been talking to MiniTaylor a bit more recently and he was sat with us and Declan asked him if he was wearing his own clothes today. I think he’s nicking Jake’s!

Jake phoned me this evening again. It was about 5:00pm when he did so I was just beginning to get worried when he rang! He told me the course was fun and one of the girl looks like an 8 year old lad and the other one’s ill so I don’t need to worry!

He gave me the address and phone number of where he’s staying. It’s:

I feel a bit better knowing that now!

I did tell him that he doesn’t have to phone or mail me if he’s got other stuff to do. He said he wants to but that if one day he doesn’t ring it might be because he’s got up late and might miss the bus if he phones or something. He said he’d ring my mobile and leave a message later on if something like that happened. I’m just scared of having to go through those awful feelings of dread again like I had to on Saturday.

I didn’t really mean that he doesn’t have to ring though! I mean, he doesn’t have to but I want him to! I could hear his mates whistling and stuff in the background which gave me the impression he should’ve been doing something else! 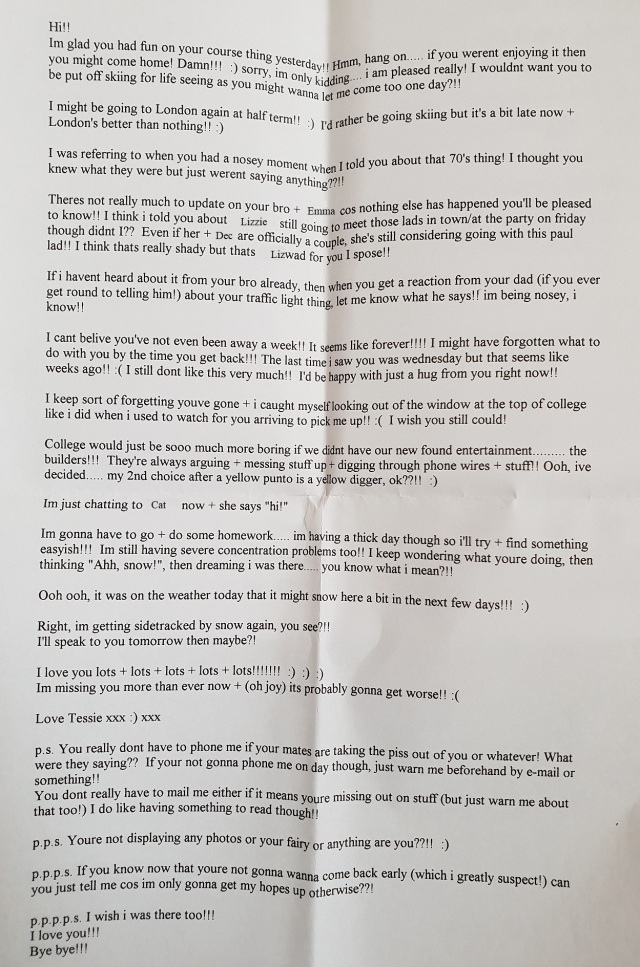