Sunday 20th We didn’t do much today cos Rhian was recovering from last night and Abby and I were tired. We just wandered round the town and then Auntie S forced Rhian to buy Maureen (Laura’s mum) some flowers and take them round and apologise for being sick on her walls and carpet!

Monday 21st I went online today and this e-mail had come for me. I was so pleased cos I can’t stand not having any contact with Jake! 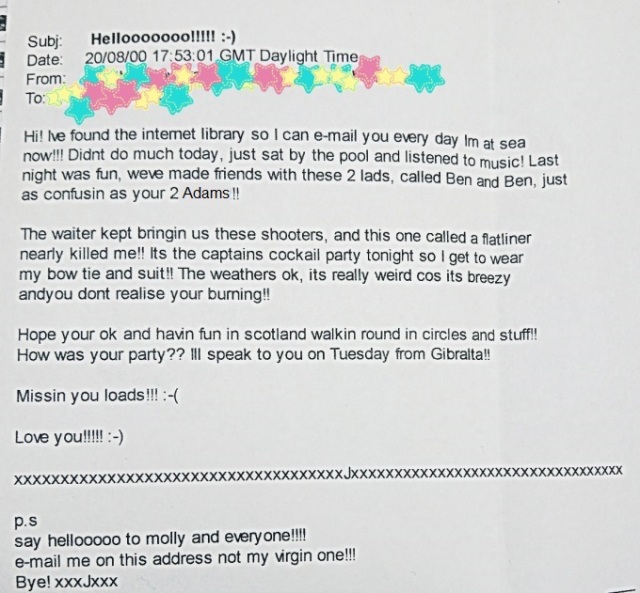 I sent him this one back. → 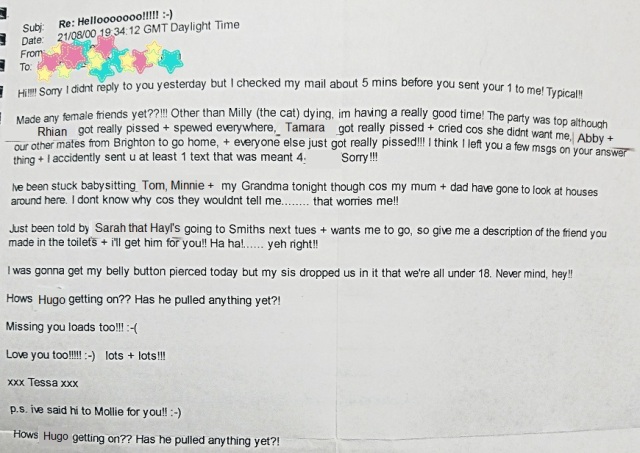 I do realise that I’ve put the bit about Hugo twice!

I can’t find any sellotape or scissors in this house which is why those are stuck in so badly!

Rhian, Abby and I went to find out how much belly button piercing is today but it’s £35-40 and you have to be over 18 or have a parent’s permission which we aren’t and don’t, and Abby told the bloke she’s 16 when he asked so we can’t lie about our age either!

We also went to John o’ Groats for a bit this afternoon. We didn’t stay long but Mollie still got loads of attention from tourists. I suppose it’s cos she’s a Scottie dog in Scotland! 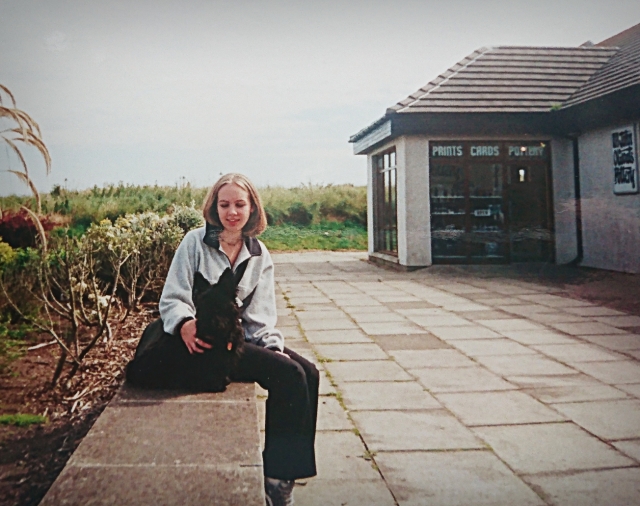 P.S. Just been back online and I got the e-mail that’s stuck on the next page off Jake. I am not impressed by that e-mail. And it sounds so much like he’s missing me….. NOT!

He sounds like he’s trying to make me jealous/worried or something. I’ve underlined the bits that give me that impression. 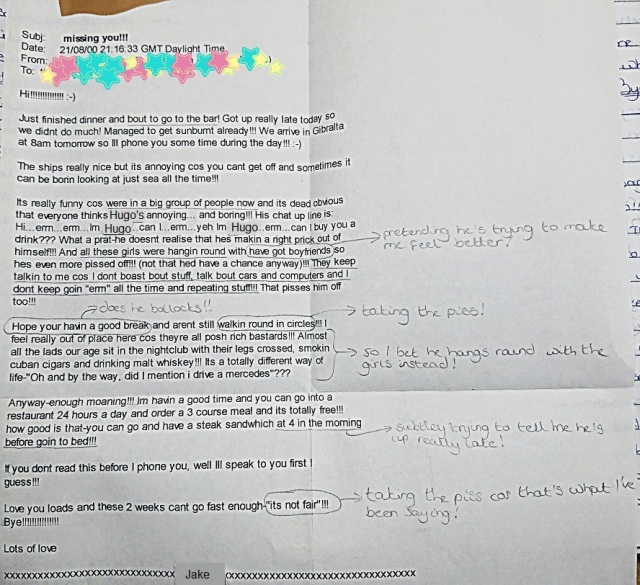 He’s not reacted to anything I said in my last mail either or asked about me once. Charming! I bet he’s not told “all these girls” he’s got a girlfriend either!

Okay, maybe I’m being a bit over the top but this is my immediate reaction. I might have calmed down by the time he rings me in the morning or whenever, that’s if he’s not busy talking to all these new “friends” he’s made!

I have 3 choices of reaction to him tomorrow:-

I’ll decide which one when he actually rings after I’ve seen what he’s like.