Wednesday 18th I couldn’t stop crying last night because I was missing everyone so much in Wick. It’s horrible knowing it’s ages before I’ll see them all again. I just want Duncan to give my hand a comforting squeeze like he did when Melanie came over on Sunday night but I’m not going to get anything like that off him for a good few months.

I’m also worried that he won’t keep in touch. Abby was online tonight and Laura came on too but all they really chatted about was Ashley Ewart. We mailed Laura and told her to get Duncan to mail me but I’m not sure that he will and phoning’s too expensive and writing a letter takes time. We’ll see I suppose.

I went to see Hayley this afternoon. I told myself I wouldn’t go on and on about Scotland because she might have got jealous and gone all moody but I did… constantly. Surprisingly though, she didn’t seem to mind. I thought she might get on my nerves too because she was doing a bit before I went away but I actually found that I was quite glad to see her after all.

Thursday 19th I went round to Hayley’s this afternoon to help her babysit her nieces. All we did was play Monopoly and we all lost to Hayley… badly! She bought Park Lane and Mayfair, put 3 houses on Park Lane and a hotel on Mayfair and we all landed on one of them on nearly every time round.

I also picked up my photographs while I was in the village. Some of them are from Belgium and some are from Wick. There are about 5 with Duncan on and he doesn’t look particularly nice on any of them. 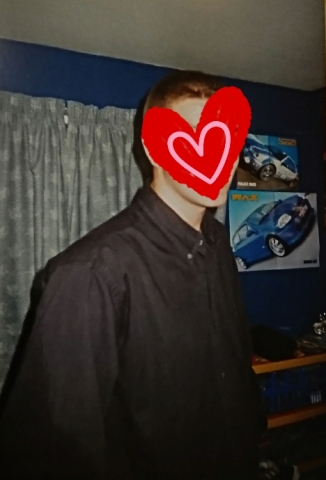 That doesn’t bother me because I know he looks a bit better in real life but I only showed Hayley a couple because she might not have been quite as jealous about me having a boyfriend if she’d seen what he looked like on some of the photos! Now I couldn’t have that, could I?!

Rhian phoned this evening. She said she’d not seen much of Duncan but she seemed to think I’d phoned him already because that’s what her mum told her. Great, so Auntie S knows. It’s going to be so embarrassing if she’s told my parents and then they ask me about it. I’ve actually got no idea how they’d react though. I suspect they’d probably find amusement in making me squirm!

I hope Duncan’s not getting too teased about it. He has my sympathy, having to live up there with half of Wick knowing about us. Most of them wouldn’t go out of their way not to embarrass him either!

I went to Keria’s tonight. Emma phoned me up and said she was already there and that Gethin Turner and Anthony Wiley were on their way and did I want to come. Nothing much interesting happened. We just sat there talking. By the sounds of it, nothing much interesting happened in their lives (unless they weren’t telling me some things) while I was away.

Oh, except that Maz P dumped Keira, he said because he was going on holiday but really he’s just gone off her. Gavin’s apparently madly in love with some girl called Ali but she fancies Maz. I think Nathan is still single. Oh yeah, but I’m not!

A Level results came out today. Only a week to go until I get my GCSE results. Ooh yey, can’t wait… NOT!!!