Monday 17th Last week of school now! It’d be even better if we didn’t have exams next Monday.

I’ve had a pretty crap time at high school really. I mean, yeah, some bits have been good but I think all that’s been happening recently with certain bitchy girls cancels a lot of it out.

Now, that lot are still going on about things like this holiday they reckon they’re going on to Ibiza in summer 2000. Today they’ve been talking about what they’re doing on the last day. They’re going to The Plough then the Italian then to town. The 2nd two things, maybe, but they’ll have trouble getting served int Plough. They’ll be on guard there. They’re not daft, they know school leavers’ll try and get in.

Just been talking to Adam on the net. Not for long though but he sent me a mail which he and Ronan are sending to Barney. It’s meant to be from some girl in their school who likes Barney and is asking him to make the 1st move and approach her. Someone’s gonna be embarrassed. It’s really snidey actually but what can I do? I really don’t think they like him! Seems okay to me but then I don’t really know him.

P.S. I sent Adam and Barney a picture of Nutter. I dunno if I should’ve done really but it’s too late now, innit?! They wanted to see.

Tuesday 18th Adam’s being very distant. Every time I go online he’s got to go and he’s not mailed me properly for a while either. He said he was online for about 2 and a half hours tonight (downloading some syllabus or summit). In all that time he didn’t reply to a mail I sent him last night. Maybe it’s just coincidence or genuine that he’s got his parents nagging him or maybe he’s got revision and stuff. I’ll have to see how it goes.

Cat’s mum won’t take us to the Towers so I’ll have to find another way of getting there.

Emma read my yearbook and Hayley’s entry which mentions Adam. I hope she can’t remember who he is. [I was scared people would find out I’d met a boy on the internet.] 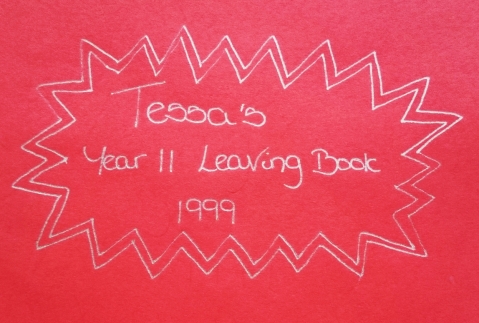 Wednesday 19th Mr M had a photo of me as a shepherd when I was about 5 and he showed the year in assembly. He didn’t say my name though.

I took a shirt to school for people to sign today. Other people have brought them too, including Ewan who asked me to sign his. I put “Hi Ewan, Good luck, love Tessa x”. Kept it short. I got him to sign mine later. He put summit similar and his number. 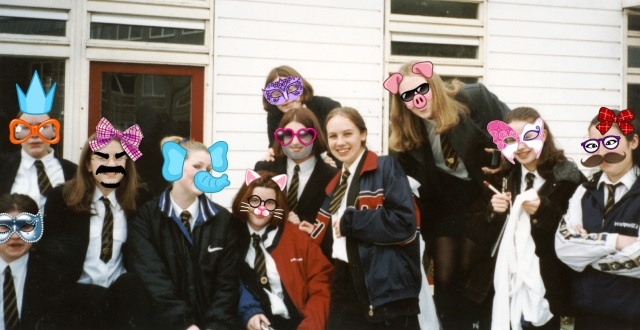 Here we all are, shirts in hand. Left to right: Lucy, Sarah, Karen, Emma, Freda, Cat, Lizzie, me, Hayley, Poppy and Zoe (who didn’t get Ewan’s number on her shirt. HA!)

He didn’t write that on Zoe’s whose he did at the same time. [I considered this significant due to their New Year snogging incident.] He might be going to Freda’s party on Friday, although I doubt it seeing as I’m going!

I talked to Adam for a few mins tonight online. I think he really wanted to speak to Barney and Ronan coz he asked me if I’d seen them but I hadn’t. He wants me to write back to him though so I’ll have to find some time from somewhere.

I was talking to GeordieChris from Newcastle as well. His dad’s moved up there now so he won’t be coming back here except for Man City matches and Salford Uni in a couple of years. I think he was a bit drunk coz he wasn’t making much sense.

[That was the end of my dolphin diary. I’m seriously considering ending this blog here and now because the very first entry in my next diary recounts my first snog… “Tongues and all!” apparently. Eesh. 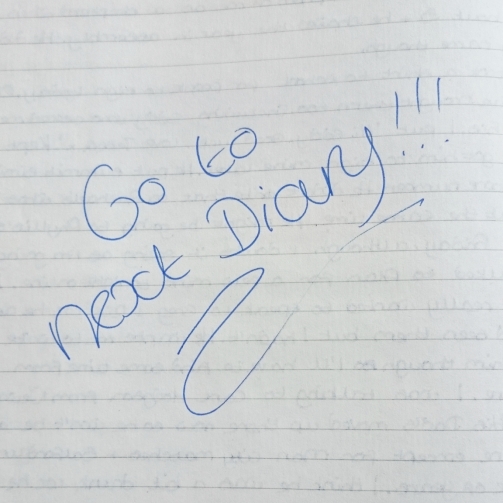