Thursday 12th I’m 16 now. It’s no different though, other than certain things are now legal which weren’t yesterday. I got loads of pressies and loads of cards and I’ve had an okay day so far.

People were trying to make me go in the Music rooms at lunch coz Ewan was in there. I would have done too if they hadn’t have kept going on at me. Rach said that he was telling them to drag me in there but I wouldn’t let them. I wish I had now. 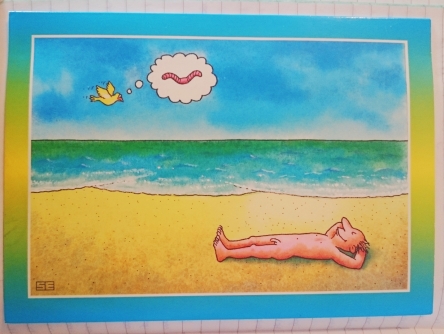 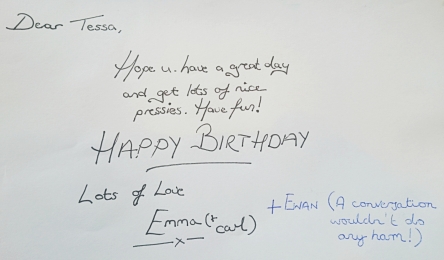 And when he walked past me after school we smiled at each other and he said, “Happy birthday Tess.” Roxanna told me he would.

Rach also said that she tuned into a conversation Ewan was having with Harry Preston. He said, “…and it’s her birthday today.” Then, “Do you think I should talk to her?” Yes, please do. I’m fed up of people telling me to talk to him. If he’s that desperate to speak to me, he can make the first move.

P.S. Emma announced this morning that she’s going out with Davis. I was right, yet again!

You'd be forgiven for thinking I'm like a flippin' gazelle had I decided to keep the second, more realistic scene from you. No faceplant this time though 🏆