Friday 24th We had this really strange woman for Food Tech today. Our usual teacher, Mrs K, is on maternity leave so we’ve got this supply teacher. She looks like Siobhan out of Ballykissangel, she can’t talk pwopewly and get all her Rs and Ws missed up and she can’t spell either. She put ‘suppermarket’ and ‘resurant’ on the board instead of ‘supermarket’ and ‘restaurant’. Bloody hell! A teacher too!

Emma and I did two 3-way calls tonight. One to Freddie to tell him tomorrow night’s arrangements for the cinema and one to Ralph to see if he wanted to come. It was quite a long phone call to Freddie first but Emma hardly said anything so he and I were just talking about stupid things like dead birds and stuff until he had to go and get his hair cut.

I’m probably going to be embarrassed next time I see Ralph after some of the things that were said to him. At one point we were talking about biking it across the moss and Ralph said how fit he must be and I said, “I know. You are!” Oops! How stupid. Why don’t I think sometimes before I speak?

I was also saying about how if Graham Baxter went out with Rach (she got Emma and Olivia to ask him out today) then Hayley said that all she had to do was get Georgia and Jez together, herself and Dougie and I got as far as saying, “and me and…” then I stopped, remembering I was talking to the person I’d been paired up with.

Freddie had been saying that Ralph fancies Nicola Banks so I asked him and he said no. Hmmm, I think he might, you know.

Ralph kept siding with me on things against Emma. For example, when we were talking about his Full Monty, Emma said, “and we all know who Tess thought was fittest” (meaning Ralph). I just pretended to go all thick and I said things sarcastically like, “Come on, tell me, I dunno. I’m not clever enough to work it out!” Then Ralph started joining in. She didn’t tell us but I think he knew as well as I did that she meant him. [Dougie actually got 1st place on ‘the order of fitness that I think they go in‘ following their Full Monty so she was giving Ralph false hope there.]

He also said that my house is top and that he’s coming again. I don’t think so! Not on his own anyway! 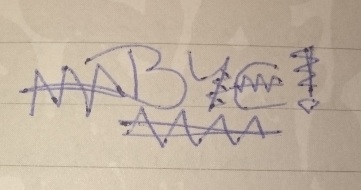 P.S. I’ve just remembered summit else. I warned Ralph that Robert Osborne sort of thought we were going out after Ed had yelled it after orchestra coz I was saying that Ed and Dougie were a couple. Robert overhead it all, I think.

Ralph also said that he wanted to come places and would if he had the money. All he needs to do is get a job or summit.