(I stayed up late so this entry will cover both days.) 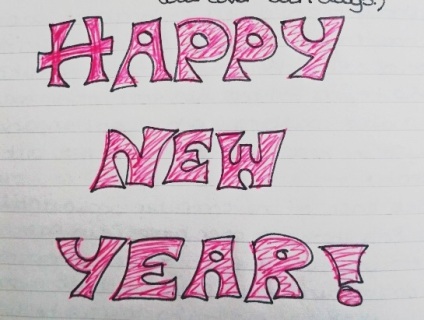 It’s 25 minutes into 1998 and there are fireworks going off everywhere. Everyone else is probably out partying and Mum won’t even let me watch TV. I’m going to go down and watch it anyway when I’ve written this. [That was me at my most rebellious.]

Well, what a year it has been! If you want to know about mine, find my other diaries. I wonder what’s going to happen this year. Only good things I hope.

Actually, I’ll probably be writing at the end of today as well!

Hi, there’s no point in putting the date again coz it’s still the same day, only now it’s 11:20pm.

Grandma S and Auntie G came round for another Xmas dinner coz we weren’t here for Christmas and we thought we’d have it with them on New Year’s Day instead.

Friday 2nd Emma and I went to the cinema with Ralph and Freddie to see Tomorrow Never Dies, the new James Bond film. We all met at Emma’s house and walked to the village and got the bus from there to Warrington Bus Station, then changed to one going to Callands (that goes through Westbrook where the cinema is).

It was ok until after the film, which was good, coz they (Ralph and Freddie) started getting daft when we went to McDonald’s. We had to stand about for ages at the bus stops until we realised there were no buses after a certain time. We went back outside Asda and waited for one there.

Freddie then started pretending he fancied Emma [He wasn’t pretending.] and kept it up on the bus home. He kept touching her coz he knew it was bugging her and then they started nicking our hair bobbles. Dickheads!

Ralph then picked up on the fact that the name Tessa sounds like the word ‘tosser’ so they were taking the piss out of that too. That’s why I hate my name so much. Even some of my friends take the mick sometimes.

[As well as Tosser, I also got called Testicles, Tesco and Tessellation. I didn’t mind Tesco or Tessellation at all in comparison to the other two.]

I mean, they’re still funny and all but they just got a bit carried away after a while. I think Ralph was glad to see Freddie again, even though he didn’t shut up about Gran Canaria, coz they’ve been apart for two weeks and for one of those Ralph was on his bill in school.

I’d like to know what they talked about when we’d gone. They had to cycle home so they might not have said owt. Freddie asked us if we wanted to go ice skating on Sunday. We all do except Ralph but none of us will phone each other.

P.S. I found out Freddie’s dad’s an architect coz he got the same phone call about Hong Kong as we did.

[Make me feel better. Tell me about any crap or embarrassing names that you had/have forced upon you at school. Please?!]