Emma and I went in the Music rooms again at lunch coz Freda was going to practice the kit so we waited in there for her. Ed and Dougie were in there again. Dougie didn’t stay long though coz he had Macbeth rehearsals. But he said bye to me.

Geography was… well… interesting I suppose! [Don’t get too excited if you’re reading this and hoping for a compelling story!] Lizzie and Neil were slagging each other off again with Neil being a turd and a wanker and Lizzie being a slapper and a bitch! [They had chemistry, those two.]

Dougie then said, “I’m going to get Emma’s phone number and do a prank phone call back.” I told him not to bother looking it up and he’s got it written in the back of his Geog book now.

I then mentioned that Hayley and Emma think he fancies them and he gave a sarky, “Oh yeah!” about Emma and said, “Don’t tell her I said this but I think she’s stalking me” about Hayley. I told her later!

Poppy asked him if he had any coloured pencils too and he said no. I saw some in his pencil case and turned it upside-down and they all came pouring out. He had to lend them then. He seemed to think it was quite funny though. 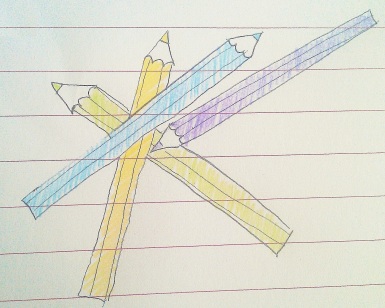 I really cannot decide whether he likes me or not and I wanna know who he fancies. Today he asked if Georgia Dean was coming on Saturday, he’s got Emma’s phone number, he thinks Hayley’s stalking him and Olivia thinks he’s cute coz he keeps smiling at her.